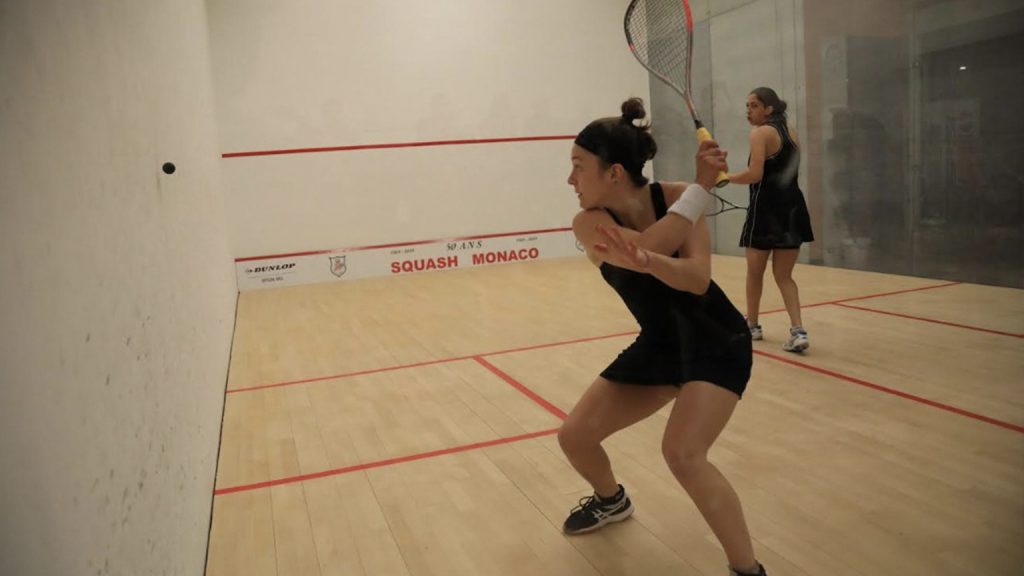 You hear a lot about the Big Sis Amanda, but at the moment, it’s Sabrina who is catching the limelight….

In November, the twenty-three-year-old captured what was then her largest career PSA title to date in London. Sobhy took out the tournament’s top two seeds on her way to the title as the six seed, including an emphatic three-game final against England’s Jasmine Hutton.

This week, Sobhy travelled to Monaco where she entered the Monte Carlo Classic as the four seed. The Harvard graduate prevailed in a four-game quarterfinal against former world No. 13 Donna Lobban, and then produced a five-game semifinal upset over Egypt’s world No. 23 Zeina Mickawy 15-13, 7-11, 9-11, 11-8, 11-7.

Sobhy then produced her most impressive result of either tournament in the final against Egypt’s top seed and world No. 16 Yathreb Adel on Friday, December 13. Sobhy dispatched Adel 11-3, 12-10, 11-5 in thirty-two minutes to go one better than London and set a new PSA title career-high mark with the $20,000 title.

So remember the first name Sabrina…

Originally Posted on: The Squash Site