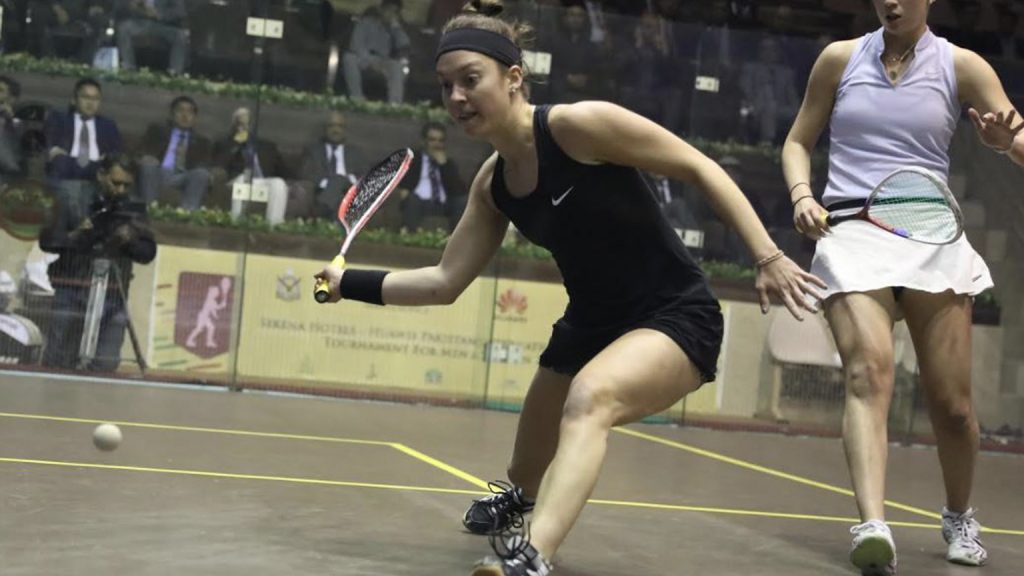 Sobhy’s hot streak began with what was then her largest career title at the $12,000 London Open in November. The week of December 9-13, Sobhy went one step further with another career-high title in Monaco, where she claimed the $20,000 Monte Carlo Classic title as the tournament’s four seed.

From Monaco, the twenty-three-year-old traveled to Pakistan where she entered the Pakistan International draw as the two seed.

The Harvard graduate pulled together a dominant title run, winning each match in three games and thirty minutes or less. In the final Sobhy topped Egypt’s Hana Moataz 11-7, 11-9, 11-9 in thirty-minutes.

Sobhy, who is now based in Cairo, Egypt, is in the midst of her first season as a full-time professional. This month, the Sea Cliff, New York-native enjoyed a career high ranking of world No. 47. Sobhy will enjoy another ranking boost in January following her successful run of tournaments.

Sobhy will begin the new year closer to home at the J.P. Morgan Tournament of Champions where she will take on Hong Kong’s Joey Chan in the first round on Friday, January 10.

Originally Posted on: US Squash