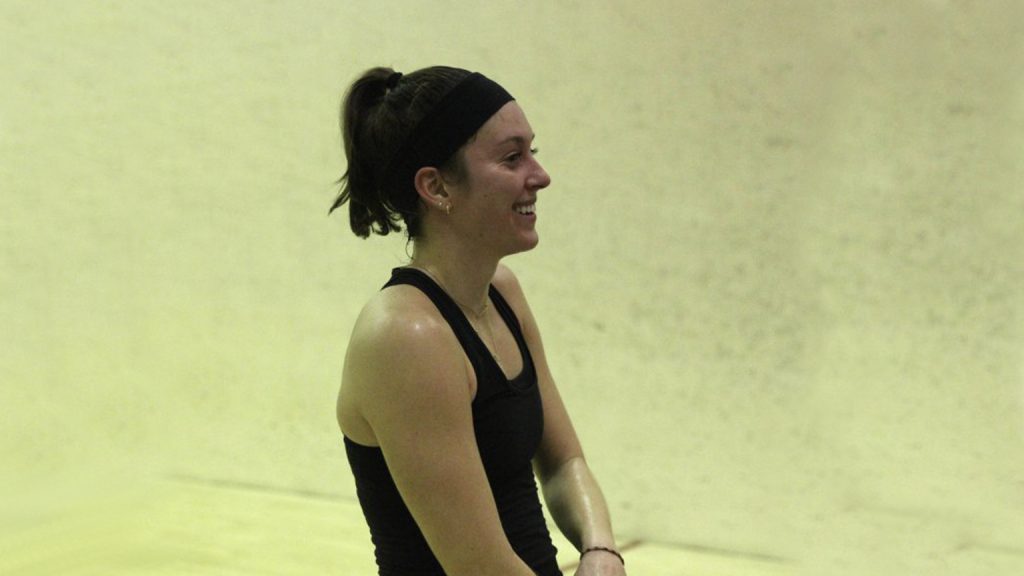 Americans Olivia Blatchford Clyne and Sabrina Sobhy (above) joined U.S. teammate Amanda Sobhy in the second round with wins at the Princeton Club. Blatchford Clyne set up an encounter on the glass court with Welsh world No. 9 Tesni Evans with a three-game victory over England’s Jasmine Hutton. Supported by her older sister and family, Sabrina followed on court to pull off a four-game upset over world No. 19 Joey Chan supported by her older sister and family.

“I feel pretty overwhelmed right now,” the world No. 39 said afterwards. “I’m so proud of what I’ve been able to accomplish thanks to the support of my friends and family. Playing in front of them makes a win like this even more memorable. I’ve never really had a day off in a major tournament before. I have plans to go to the Metropolitan Museum of Art and I look forward to enjoying a change of pace.”

A vocal gallery of past and present Princeton squash fans remained to support their former teammate and world No. 33 Olivia Fiechter against Belgian world No. 18. Fiechter took the first game, but Gilis came back to advance in four games and fifty-eight minutes. During the same match time, the younger Gilis sister, Tinne, took out Harvard graduate and Brooklyn native Haley Mendez in three games to make it two sets of sisters in the ToC second round.