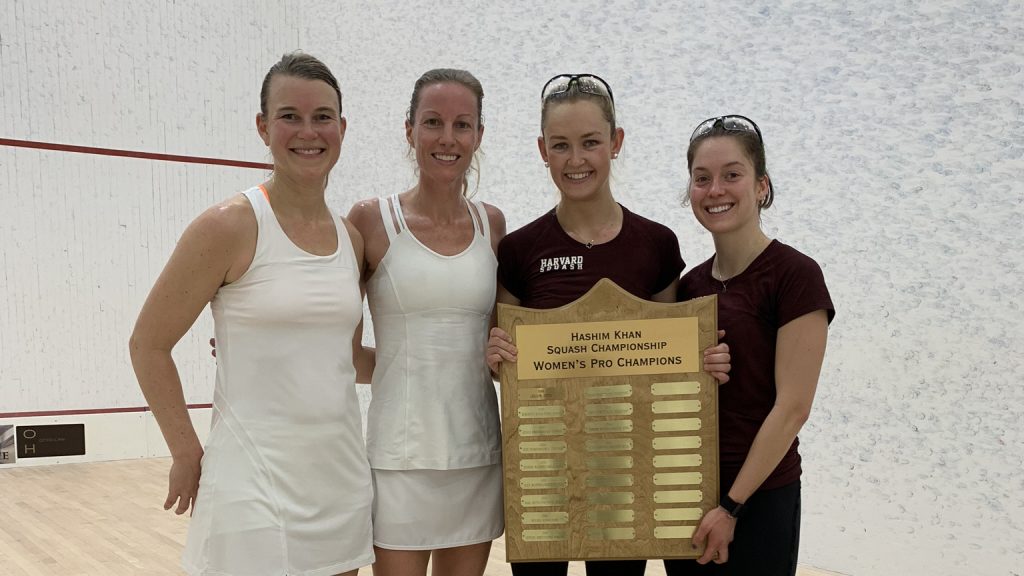 Fresh from a winning the Women’s Howe Cup for Harvard, teammates Kayley Leonard and Sabrina Sobhy stormed through the draw at the Hashim Khan Championships to claim their first title together. The youngest pair in the draw kicked off their campaign by beating second seeds and tour veterans Narelle Krizek and Stephanie Hewitt in straight games.

Leonard/Sobhy faced Connecticut-based South African twins Lume and Elani Landman in the semi-final. The ever-improving twins started out strong, taking the first game before the Harvard team was able to pull it back to 1-1. A very tight third game put Leonard/Sobhy ahead 15-14 with a comfortable 4th game to finish out the match.

On the other side of the draw, top seed Meredeth Quick looked to defend the title she won in 2018 with Suzie Pierrepont. Pierrepont, injured this year, was replaced by Victoria Simmonds in the draw. Quicks/Simmonds came through a comfortable first round to face third seeds Madeline Perry and Kelsey Engman. A highly competitive match saw Perry/Engman take the first game and nearly the second before a cross-court volley nick from Simmonds at 14-14 levelled the game. Quick/Simmonds were able to assert themselves and find their way into the final.

The final was an excellent match that pitted youth against experience. Sobhy/Leonard started off well, taking the first game with some excellent shot-making and retrieving. Quick/Simmonds came back strong in the second, changing their tactics to exploit the middle of the court and taking the game comfortably. Leonard/Sobhy recovered though, with Sobhy stepping across more and more to take middle balls on her backhand. More aggressive frontcourt play from both Leonard and Sobhy saw the youngsters open up a lead they never looked like giving up, eventually taking the match in four games. The title was Leonard’s third WSDA win and Sobhy’s first. 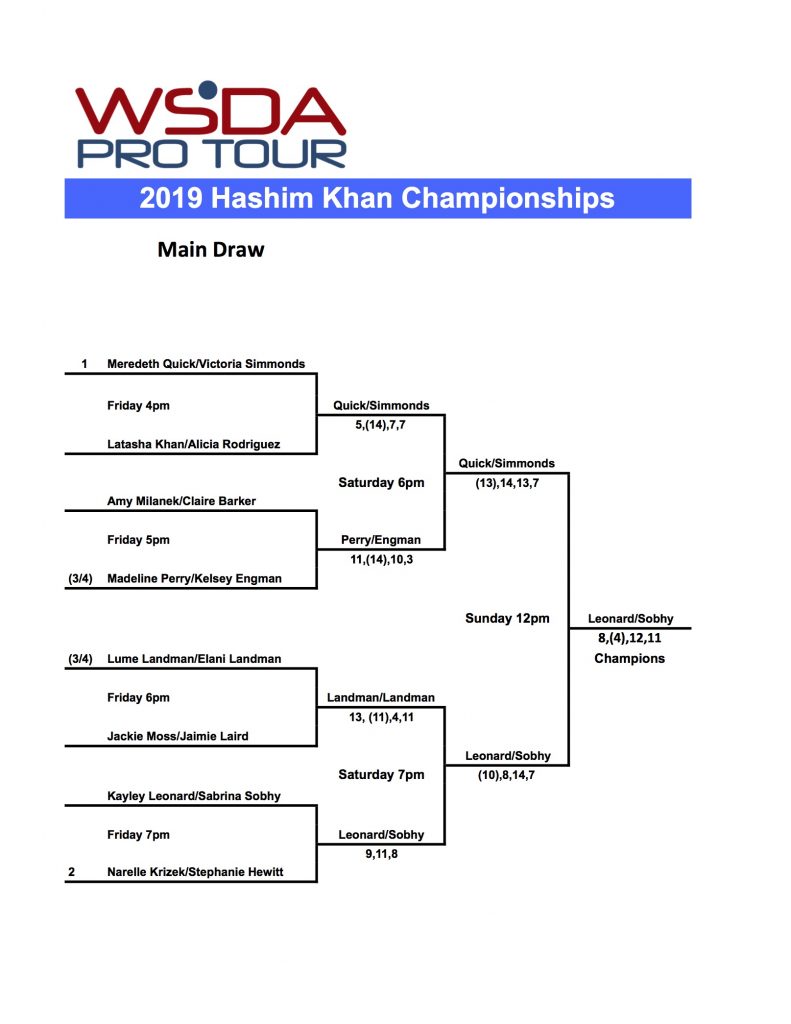